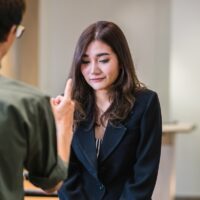 We previously discussed California’s new law that bans mandatory arbitration agreements as a condition of employment, and the surprising move by the U.S. Equal Employment Opportunity Commission (EEOC) to reverse its long-standing opposition to such mandatory agreements. The latest development regarding arbitration agreements is a realization of the fears of advocates of the new law, and a vindication of the law’s opponents: A federal court in California issued an injunction blocking enforcement of the new law. The law’s ultimate fate rests with the Ninth Circuit Court of Appeals, but in the meantime, the law will not be enforced. Read on for details.

As a brief reminder, California’s AB 51 prevents employers from requiring employees to sign a binding arbitration agreement as a condition of employment. Such agreements would prevent employees from suing for employment-related claims, including discrimination or harassment, forcing the employees instead to bring their claims in arbitration. The law also appears to ban jury waivers and class action waivers. Proponents of the law argue that arbitration favors the more powerful parties, deprives employees of procedural safeguards present in lawsuits, and, because arbitration is private, allows employers to hide a history of discriminatory or other inappropriate conduct. Arbitration also effectively prevents class actions, which allow thousands of workers to join in a single action against an employer with wide-spread problematic practices.

Why did the court block AB 51?

The Federal Arbitration Act (FAA) is a 1925 federal law that permits and generally encourages the use of arbitration where possible, promoting the general policy of reducing court congestion. There are too many lawsuits, so the argument goes, and arbitration is cheaper and easier, reducing governmental costs. There are, however, perceived problems with arbitration, as discussed above. A few years ago, several courts around the country found that employee rights’ protections, such as the National Labor Relations Act of 1935 (NLRA), prohibited employers from requiring binding arbitration, specifically because arbitration prohibits collective actions and appears to undermine trade unions.

Based on the recent Supreme Court precedent, a federal court in California found that AB 51, which flat-out bans mandatory arbitration agreements as a condition of employment, likely contradicts the FAA’s policy in favor of arbitration and arbitration agreements. Federal law preempts state law where they conflict. Defendants of the law claim that AB 51 merely codifies the FAA’s requirement that arbitration and other contracts are based on “consent” and are “free of coercive influence.”Such binding agreements are not consensual because employers hold all the power. But the court found that AB 51 goes too far in targeting and prohibiting arbitration agreements. As a result, the court found that the challengers to AB 51 are likely to succeed on the merits of their ultimate claim and thus issued an injunction to stop AB 51 from being enforced at all while the case is pending.

By Coast Employment Law, APC | Posted on February 28, 2020
What Clients
are Saying: