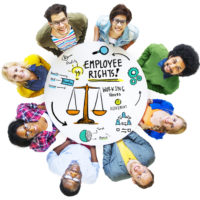 The most recently-concluded California legislative season was witness to many changes in laws governing employment. Below you will find a summary of some of the most significant changes to the laws, as well as laws which passed the state assembly and senate but were ultimately vetoed by Governor Brown.

*AB 304: This law, which entered into effect immediately after being signed on July 13, 2015, amended California’s paid sick leave law. The amendments clarified several ambiguities in the existing law, including: stating that an employee must work for one California employer for 30 days in a year to be eligible for sick leave; creating a safe harbor for plans in existence after January 1, 2015 which provided at least 8 hours of sick leave within 3 months of employment; making the manner in which sick leave can be accrued more flexible; clarifying that employers may also calculate sick time in the same manner that they calculate an employee’s overtime rate; and clarifying that employers offering unlimited paid time off or sick leave only need to note “unlimited” when describing on a pay stub how much sick time the employee had available.

*AB 1506: This law, which went into effect when signed on October 2, 2015, offers employers the right to cure certain wage statement violations under the California Private Attorney General Act (PAGA) before the employee may bring an action under PAGA – namely, an employer may cure the requirement that a pay stub list the inclusive dates of the pay period and the name and address of the employer. Under the law, the employer may only use this cure provision once in a 12-month span.

*AB 622: This law will prohibit an employer from using the E-Verify system in a way that is not authorized under federal law to check whether an existing employee or an individual who has applied but not been offered a job is authorized to be employed.

*AB 1513: This law mandates that employers pay piece-rate employees for rest, recovery, or “other nonproductive time” separately from their piece-rate compensation, at or over specified minimum hourly rates. The piece-rate employee’s wage statement must also specify the amount of rest and recovery time, and the rate at which the employee was compensated for that time.

*SB 358: Arguably the most important change to California employment this year, this law mandates that men and women receive equal pay for substantially similar work for a given employer. The law limits the factors an employer may rely on to justify a differential in pay, creates a higher burden for employers to meet when justifying a pay differential, and protects workers from retaliation based on acts taken to enforce their rights under the law. Be on the lookout for a future blog post where we describe the effects of this important law in more detail.

*AB 465: In an earlier post, we described the bill that would have barred mandatory arbitration agreements from being included in employment contracts. Governor Brown vetoed the bill, stating that there was insufficient evidence that arbitration was abusive to employees, and that he felt the law would likely run afoul of the Federal Arbitration Act and be struck down.

*AB 676: This bill would have prohibited employers from discriminating against applicants for being unemployed.

*AB 1017: This law would have barred employers from seeking salary history information from job applicants.