Six Don’ts to Keep in Mind While Firing an Employee 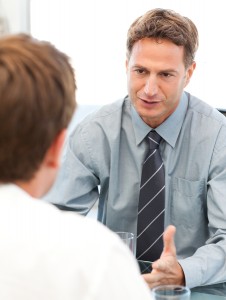 Termination of an employee for any reason is one of the least popular aspects of any employer’s life. Unfortunately, those decisions have to be made often. Many companies make mistakes during the firing process, with the result that they find themselves facing a very expensive wrongful termination lawsuit down the line.

There are some mistakes that employers make very frequently when it comes to firing an employee.

1. One of the first mistakes is dithering, or not being certain about the decision. Before you fire an employee, you have to be 100% certain about the fairness and correctness of your decision. For instance, if you have a certain policy that you are sure that the employee has been breaking regularly, then enter the conversation with that clear mindset.

2. Don’t, however, be so confident that you forget all of your office guidelines on hiring and firing. Those mistakes in violating guidelines may be unintentional, but could prove expensive.

3. Don’t do things in ad hoc manner. In other words, if the employee has been actually breaking office policy, make sure that you have given the employee enough time to actually correct his or her behavior. That can include admonitions, warning letters and other alerts, so that the person cannot turn around after being fired, and allege wrongful termination. There should be documentation of all these processes through which you have warned the employee about his or her undesirable behavior. Proper documentation is crucial in these matters.

4. Don’t initiate the conversation without being 100% sure of what you’re going to say. This is not one of those times where you can actually make things up as you go along. You have to be very certain about how you break the news of termination and the reasons for doing so. Brevity is of the essence. Keep the conversation as short and simple as possible.

5. Don’t go down that road alone. Have someone else in the room with you, when you are firing the employee.