Watch out for These Subtle Signs of Bullying in the Workplace 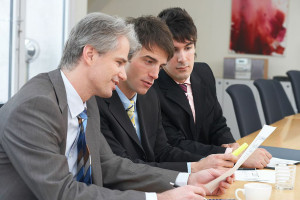 Los Angeles employment lawyers recommend that you identify the signs of bullying, and act immediately to reduce such risks in the workplace. Bullying can easily construed as harassment, and can result in a harassment lawsuit against your workplace.

Bullying does not have to be verbal, physical, or blatant for you to identify it. Los Angeles employment lawyers often see that bullying can take on more subtle forms tat are aimed at harassing another person. For instance, an employee may frequently take credit for another person’s performance, or a supervisor may impose an excessive workload on a particular employee.

Unnecessary criticism that goes beyond correctional to be detrimental to the person’s morale, can also be construed as bullying. In fact if you are a superior in the workplace and are much harder on one particular employee than another, it can be construed as unfair treatment or bullying.

Apart from these, other types of harassing behavior, including calling names, yelling, making fun of someone can also be considered bullying. If managers or supervisors, constantly fail to include an employee in meetings or conferences or fail to include him in any kind of decision making processes into which other employees have been welcomed, or give him the silent treatment, this can also be regarded as bullying. Train supervisors and managers to look out for nonverbal signs of bullying, including glaring or other forms of aggressive body language.