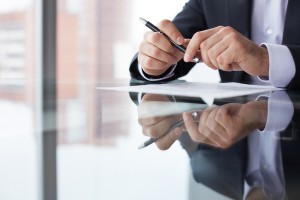 Those criminal background screening checks that employers frequently perform before they hire a potential new employee, may actually place an employer at risk of discrimination charges. Certain minority groups are likely to be disproportionately represented when it comes to arrest, imprisonment and conviction data, and taking such facts into consideration could actually place your company at risk of an employment lawsuit.

The use of employment background screening checks is very common. More than 69% of employees admit that they conduct criminal background checks before they hire a potential employee, while 50% admit to running credit checks when they’re hiring for some types of positions. For instance, when you’re hiring an employee for an accounting position, or for a position of responsibility, you’re much more likely to run a credit check. However, those policies could actually place you at risk of litigation.

That warning was delivered recently by the Federal Trade Commission and the Equal Employment Opportunity Commission which are warning employers that background checks tend to have a disproportionately negative impact on black people. Therefore, these companies may be at a much higher risk of lawsuits.

Recently, the two agencies released compliance guidelines in which they specifically advised employers to be cautious when they use background screening checks before hiring an employee. African-Americans for instance, tend to be disproportionately represented when it comes to criminal data, and when employers fail to hire such employees because of the data that is thrown up by a background screening check, they could be exposing themselves to the risk of litigation.

The current rate of incarceration for black men, as opposed to white men, is approximately 6 times as high. Besides, the Equal Employment Opportunity Commission also states that African-Americans are much more likely to have a criminal record that prevents them from obtaining certain jobs, because they are naturally excluded under the screening policy of the company. If such an employee decides to file a discrimination lawsuit against the company, the employer could be at increased risk because of the theory of disparate impact. Under this theory of disparate impact, statistics are used to determine the evidence of racism, rather than actual acts of racism. In other words, even if you currently have a workplace culture that is racially inclusive, it may not help protect you against charges of racism in such cases.