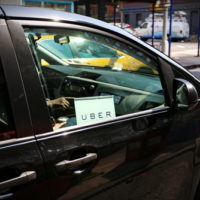 The Uber lawsuit on behalf of California and Massachusetts drivers for the ride-sharing app has been a hot topic of discussion among employment law experts since it was filed. The suit was seen as a bellwether on whether employment would increasingly follow an independent contractor model, or if courts would steer companies back toward more traditional employer/employee relationships, even among on-demand service providers. The answer provided by the suit in question was that the independent contractor model appears to be here to stay, although another lawsuit on behalf of Uber employees in the remaining 48 states was immediately filed in Illinois after a settlement was reached in the California and Massachusetts case.

Uber agreed to provide a total settlement fund of as much as $100 million to the over-380,000 drivers who participated in the suit. This amount will be divided proportionally among the drivers, with some drivers who covered over 25,000 miles for Uber being eligible to receive around $8,000. Significantly, Uber managed to settle the suit while avoiding classifying the drivers as employees. This will deny the drivers the right to overtime, sick leave or health insurance coverage, among other rights.

Uber did agree to end its practice of at-will termination of drivers, agreeing to now provide reasons for a driver’s deactivation and a process by which a driver can appeal their termination. Uber has also agreed to create a driver association for its workers, which will function similarly to a union in that driver-elected representatives will serve as go-betweens for drivers and Uber representatives to discuss grievances and the terms governing drivers. Additionally, Uber agreed to allow drivers to notify passengers that the Uber-charged fare does not include a gratuity, but did not agree to make a tipping feature a component of the Uber app. Instead, passengers will need to use cash or to pay a tip with a separate credit card transaction.

For assistance with legal issues regarding your employees, or for representation in a wrongful termination or discrimination lawsuit in Orange County, contact the skilled and knowledgeable Tustin labor and employment attorneys at Coast Employment Law, at 714-551-9930.