Risks with Personality Testing Before Recruitment 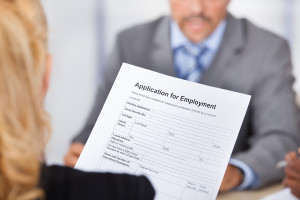 The use of such tests is deemed to be even more important when the job that is being filled, is in the customer service sector. Many of these tests are being used to gauge not only the personality of the applicant, but also the skills, and other traits. Santa Ana employment law firms have found an increase in the use of such tests, and these are now being used to assess up to 70% of prospective workers in the United States. That is a 40% increase from 5 years ago.

As an employer, you’re well within your rights to screen candidates using such testing. However, any Santa Ana employment law firm will warn that personality tests are not without their loopholes. For instance, workplace safety advocate and civil rights groups allege that the use of such personality testing for certain jobs seems to stringently outline the guidelines needed for that particular job, making it very hard for people who do not conform to those personality traits to fill the opening. Other civil rights groups go as far as to claim that using such personality screening test could actually increase bias, because they introduce a new kind of discrimination, where a person who has certain personality traits simply isn’t considered for a particular kind of job.

Some employers have realized that these personality tests could actually place them at risk of litigation later. For instance, Xerox used personality screening tests, but later stopped asking questions about the amount of time that an applicant used to commute to work. The company did so even though it found that employees, who were able to commute to work much quicker, lasted much longer the company. However, officials felt that the information discriminated against applicants from minority neighborhoods, and eliminated such questions from its tests.

In other words, a personality test may not always present the kind of information that you actually want to use while making a hiring decision. In Xerox’s case, the company decided that it was much better to skip touchy questions altogether than face litigation later.

By Coast Employment Law, APC | Posted on November 19, 2014
What Clients
are Saying: