How to Prevent Age Discrimination in Your Workplace 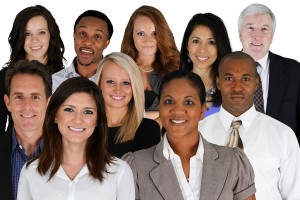 As the number of older employees in the American workforce increases, the risk of age bias creeping in has become very real. In fact, the federal administration has found an increase in the number of cases filed in this category of employment litigation, even as the number of other types of discrimination lawsuits has dwindled.

The number of older Americans in the workforce has increased since the recession. As the economy collapsed, retirement funds were wiped out, and many older workers found that they had no other choice, but to continue working. As a result, there has been an increase in the number of older workers in many sections of the workforce. In fact, according to statistics by the Equal Employment Opportunity Commission, it isn’t a coincidence that the number of age discrimination lawsuits actually began to increase in 2007.

What can you, as an employer, do to reduce the risk of age-bias charges filed by older employees?

Start by evaluating the kind of performance and promotion policies that you have at your workplace. Implement policies that are based on rewarding employees for performance, and not on the tenure of their service in your organization. For instance, when an employee is up for a raise or promotion, he or she must be evaluated based on the kind of value that he provides to the company, and not based on age.

Maintain very clear records about standards of performance, and the criteria that you use when deciding pay raises and promotions. Strong paperwork and documentation is absolutely key to defending your company against discrimination charges.

Be especially careful when it comes to the firing of employees. Downsizing of companies is common during troubled economic times, but such actions can lead to charges of bias against older workers, who may be the first to be fired in certain sectors, like technology. Consider other alternatives to firing an employee, like reducing the number of hours.