Pay Increases For Exempt Employees in 2017 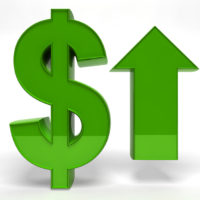 One criteria for the Computer Software and Licensed Physicians and Surgeons exemptions are that such employees must be compensated more than a minimum hourly and/or salary threshold.  Labor Code §§ 515.5 & 515.6 et seq. both state that the “department shall adjust” the minimum thresholds on “October 1” to be “effective on January 1” of the following year based on the “percentage increase in the California Consumer Price Index (CCPI) for Urban Wage Earners and Clerical Workers.”

The DIR announced rate changes for such exempt Computer Software employees.  Effective January 1, 2017, the new pay rates are as follows:

Unlike Computer Software employees, licensed physician and surgeons have enjoyed annual pay increase every year except 2010 and 2011 based on the CCPI.  In 2002, the minimum pay requirement was set at $55.00 per hour.  Such employees typically earn an annual raise ranging from approximately $1.00 to $2.00 per hour.  Over the last 15 years, the pay for exempt licensed physicians and surgeons increased by approximately $22.23 per hour!