Pay Gap May Have More to Do with Gender, Not Jobs 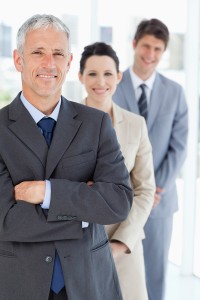 Those insights come from an analysis of data that was conducted by a Harvard University labor economist recently.  According to her, there is a widespread belief that women often tend to be in bad occupations that do not pay well, and that this explains the wide disparity in earnings between males and females.  Republicans, for instance, have pointed that women tend to gravitate towards jobs in social work or teaching, which automatically pays them less than the kind of jobs that men gravitate towards.

However, her analysis finds that placing women into occupations that pay much better would only erase approximately 15% of the pay gap for all workers.  If women gravitated into higher-paying occupations, it would only remove approximately 35% of the pay gap for college graduates.  The actual reasons for the disparity in pay are much more complex.

According to the analysis, female surgeons earn approximately 70% of the wages that males do.  In the financial sector, females make about 66 % of the money males do, and female lawyers and judges make 82% of male salaries in the same occupation.  The wage gap is significant even in the same occupations.

There’s a widespread belief that employers pay females less than males do, and that this is the reason for the disparity.  It is not so at all.  According to the analysis, closing the gender gap in pay is a matter of flexibility in terms of hours and location.  For example, women earn much less than males do in those occupations that require heavy commitment in terms of hours at the office.  In business, law or in healthcare, salaries are much higher for those employees who are willing to spend much longer hours at work.  A woman who puts in fewer hours is likely to earn lower wages than a man who puts in longer hours in the same job. Besides, jobs that can easily be performed by other employees have the most narrow pay gaps between the genders.

The bottom line is that there is ultimately only so much that a company’s workplace culture can contribute to reduce the wage gap.