Non-Compete Agreements: How to Make them Most Effective 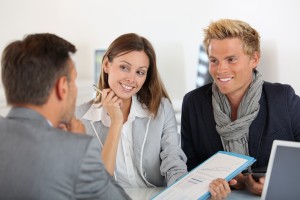 The prospect that a worker who leaves your company will join a rival competitor, taking with him years of experience, contacts developed at your company, as well as trade secrets, is not a pleasant one. A non-compete agreement is designed to reduce the possibility that experienced employees at your organization will simply walk over and begin working at a rival firm.

A non-compete agreement clearly restricts the ability of a former employee at your organization to work for a rival or competitor in your industry. However, although non-compete agreements can be seen as an effective tool to protect the rights of previous employers when employees leave to join other firms, courts may not always uphold the validity of such documents.

For instance, if you have made an employee sign an agreement clearly stating that the employee cannot work in any other company in the same industry or with a rival/competitor, the document may not stand up to judicial scrutiny. Santa Ana employment law firms often see that courts hold such agreements to be detrimental to the best interests of the employee, because they severely restrict the ability of the employee to earn a reasonable a living after he leaves your organization.

However, there are other steps that you can take to protect your rights as an employer when a worker leaves your organization. Instead of imposing a complete blanket ban on the person’s ability to work for any competitor in your industry, make it impossible for the person to use his experience and his contacts gained at your organization, for the benefit of a rival. For instance, include a stipulation in the non-compete agreement that he will absolutely not get in touch with any of the contacts or leads built at your firm, if he begins working at a rival or competitor firm. Ensure that the former employee can no longer solicit your customers in his position at the new firm. This can protect your interests, and such agreements will stand up better in court.

Speak to a lawyer at a Santa Ana employment law firm to learn how you can protect your rights as a an employer with a non-compete agreement.