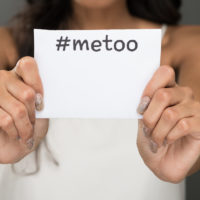 The onset of the MeToo movement has changed the landscape for employees and employers across the country, and California has been at the forefront of making legislative changes in accordance with the movement. Effective this year, a new California law limits how businesses can resolve claims of workplace sexual harassment.

Background on the New Law

Until 2019, large portions of workplace sexual harassment claims were resolved through out-of-court settlements that included very stringent non-disclosure-agreements (NDAs). The typical process would be as follows: An employee suffers an alleged incident of sexual harassment or, more commonly, a pattern of harassing or discriminatory behavior by a supervisor or other co-workers. The employee reports the issue internally, perhaps files an administrative complaint, and then brings or threatens to bring a lawsuit based on the harassing conduct. The company, in turn, offers a monetary settlement in order to limit the reputational damage associated with these allegations. The employee, realizing the time, money, and publicity associated with a drawn-out lawsuit, accepts the settlement. The NDA attached to the settlement bars the employee from speaking publicly about the settlement or the claims, while typically allowing the company to defend itself to the press and declare the matter resolved.

Critics of these NDAs have long claimed that they protect serial abusers as well as foster a culture of hostile workplaces for women. In response to the MeToo movement, in late 2018 California Governor Jerry Brown signed into law a bill that bans NDAs involving claims of sexual assault, sexual harassment, or discrimination based on sex. The bill outlaws any settlement provision that would prevent the disclosure of factual information regarding such practices or concerning the company’s retaliation against an employee or another failure to prevent acts of sexual assault, harassment, or discrimination.

The law, effective January 1, 2019, applies to both public and private employers, and to both civil and administrative actions. Claimants may still include settlement provisions protecting their own identity from public disclosure. Any settlement provisions that run contrary to the new law will not only be declared void but may also subject the employer to civil damages.

California employees dealing with hostile work environments should be aware of the new law and be wary of any settlement conditions that limit their ability to discuss the factual allegations in a matter publicly or otherwise. California employers should take heed of the new law, reviewing and revising their anti-harassment and anti-discrimination policies and training in order to avoid or mitigate any sexual harassment conduct in their workplaces. Settlements will no longer keep confidential such allegations, and in this new era of workplace protections, even well-meaning companies can sustain significant reputational damage if they do not adequately address the potential for sexual harassment in their ranks.