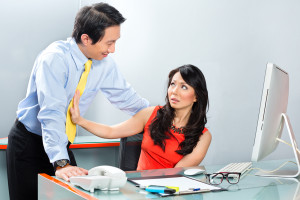 According to one survey, that was conducted in 2014, more than a quarter of flight attendants reported being sexually harassed in the previous of year alone. Any Irving labor lawyer would be shocked to find that as many as 70% of flight attendants in the survey admitted that they had never received any kind of training about preventing or handling such incidents of harassment.

One of the reasons why flight attendants seem to be such targets of sexual harassment is that many passengers who are usually the perpetrators of such harassment, know that they are likely never to see the flight attendant again. That kind of anonymity leads to a false sense of security, manifesting in aggressiveness and boldness among passengers who would otherwise probably not engage in such behavior.

The book claims that much of the blame must be placed on the airlines themselves. Competition in the airline industry has become more cutthroat, and airlines have chosen to represent attendants as desirable objects in their advertising campaigns. When you have skimpily- clad flight attendants posing for calendars, or feature flight attendant safety videos that include dancing and get these videos to go viral on the Internet to promote your airline, it creates the wrong mindset among passengers about flight attendants. It encourages passengers to behave in an inappropriate manner.

Irvine labor lawyers believe that many airlines fail by neglecting to provide training to flight attendants about how to avoid such harassment by passengers and by failing to take discrimination and harassment as serious issues in this industry.

By Coast Employment Law, APC | Posted on November 24, 2014
What Clients
are Saying: