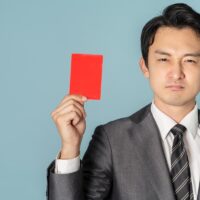 California and federal laws guarantee workers many rights and legal protections. Many employers implement practices aimed at skirting these protections, or they outright flout the law when they think their workers will not complain. Employers who bully workers into forfeiting their legal rights can be held accountable for their actions, as can employers who simply fail to follow the law through negligence or lack of understanding of the law. Below, we discuss some of the more common labor law violations we’ve seen in California companies.

Federal law and California law set minimum wages that covered employers must pay unless the workers are exempt. Employers get around minimum wage laws by paying workers under the table or by forcing (or allowing) workers to work while “off the clock” and failing to count those hours, thus underpaying for the total hours actually worked.

Employers often try to skirt these regulations by preventing employees from clocking in or counting certain hours worked, such as mandatory training, or by forcing additional work after clocking out. Employers also get around calculating work hours appropriately by considering work in two-week chunks instead of each week, splitting up hours to avoid reaching 40 in a single week.

California employers must give workers at least one unpaid 30-minute meal break for every five hours of work and must give employees 10 minutes of paid rest break every four hours. Employees can satisfy this requirement by having employees take their breaks on either side of the meal break (giving, in effect, a longer lunch). Employers who require employees to work their breaks, who “encourage” workers to do so (such that the employee feels obligated to do so), or who simply deny workers these breaks are violating California’s wage and hour laws. Workers must be paid additional hours of pay for every missed meal or rest break, and many employers deny breaks without additional compensation.

The Occupational Safety and Health Administration (OSHA) sets specific standards for workplace safety, as does California law. Many employers try to cut costs by skirting safety standards, leaving workers at higher risk of illness or injury.

Employers often misclassify workers in order to avoid other wage and hour obligations. For example, many companies try to classify workers as independent contractors even when they should be deemed employees under California law. Independent contractors do not benefit from many of the worker protections guaranteed to employees, including minimum wage, overtime, and workers’ compensation.

Employers can withhold part of an employee’s wages only for very specific, limited reasons, such as to pay taxes or where the employee has authorized withholding wages to cover insurance premiums. Many employers withhold employee wages for other, unlawful reasons, including gratuities (skimming an employee’s wages to account for tips), bonds, business expenses, and uniforms.

By Coast Employment Law, APC | Posted on October 15, 2021
What Clients
are Saying: