Are You Making These Social Media Gaffes? 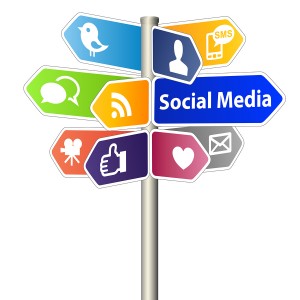 The popularity of social media and social networking sites like Facebook and Twitter has opened up a whole new world of employment litigation challenges. Smart employers need to understand that an overwhelming majority of their employees are online on sites like Facebook, and that the risk of charges of discrimination, wrongful retaliation, and bias emerging out of actions on Facebook, can be very real.

There are a variety of social media-related challenges facing employers, and those challenges can begin right at the recruitment process. Have you ever considered that if you use LinkedIn, Facebook or Twitter or any other social media channels to recruit potential employees, you could be placing yourself at risk of discrimination charges? Many employers use social media channels to recruit certain types of employees, and according to the Equal Employment Opportunity Commission which has been mulling such scenarios recently, it is interesting to discuss whether employers may be at risk of discrimination charges filed by older persons, who may not be as likely to use computers, or may not be comfortable using social media channels or the Internet. The federal agency does not see a high number of such cases currently being filed, but it is worth discussing whether such scenarios will become more common in the future.

Take for instance, a case which is a much more common scenario these days. Say that an employee posts a negative remark about a colleague or a coworker on Facebook, as employees sometimes do. Can the employer, in such a case, be liable for promoting a hostile work environment?

The Equal Employment Opportunity Commission has been discussing how the use of social media, not just by employers, but also by employees as well as job applicants, can possibly affect the way employment discrimination laws in this country are enforced. Given how millions of Americans now use sites like Facebook and Twitter, those questions are very relevant.

It is very common these days for employers to submit a potential employee to a Google check without his or her knowledge. Tactics like conducting a complete Internet screening check, including a look at the person’s Facebook page, are fairly common these days. There are questions about whether the job applicant could claim that he was discriminated against, based on additional information that was obtained through his Facebook page or an Internet screening, without his knowledge or permission.

These are all questions that the agency will have to address soon.