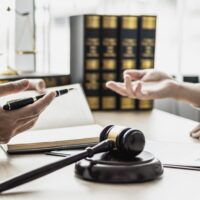 Ideally, every employment relationship would end cordially and professionally, with both sides wishing one another well. Unfortunately, that is not how things always work in the real world. Employees can be fired for personal reasons, employers can take an employee’s resignation personally, and any number of other confounding factors can make the parting anything but congenial. When a former employer succumbs to that personal grudge and spreads lies about a former employee, the employee may have grounds to sue for defamation. Read on to learn about employment defamation lawsuits and how they work in California.

What is an Employment Defamation Claim?

Employment defamation is a civil claim for defamation arising out of an employment relationship. Employment defamation claims often arise after the employment relationship ends and the employer spreads falsehoods about the employee. For example, let’s say a former employee is interviewing for a new job and the potential new company calls the old employer for a reference. The old employer makes up a malicious lie about the former employee, which causes the worker to lose out on their new job opportunity. The former employee might then have a defamation claim against their former employer. If the malicious statement was made over the phone, the victim employee’s claim would be slander; if the malicious statement was sent in writing via email or traditional mail (or published in a newspaper or online), the claim would be libel.

How to Prove Defamation

To bring a valid claim for employment defamation, the plaintiff must be able to demonstrate that specific elements of the claim are met. For a defamation claim in California, the victim employee must be able to show:

What Remedies Are Available in an Employment Defamation Case?

A successful plaintiff could have a few remedies available to them, including forcing the former employer to retract the statement. They may also be eligible for damages well in excess of the actual harm caused by the statement, including punitive damages for especially egregious conduct.

If you are an employee with wage & hour or other employee rights concerns in Orange, Riverside, San Bernardino, Los Angeles, or San Diego counties, or if you are a California employer dealing with employee rights allegations, employee contract disputes, or other employment law issues, contact the dedicated and professional California employment law attorneys at Coast Employment Law at 714-551-9930 for a free consultation.

By Coast Employment Law, APC | Posted on October 11, 2021
What Clients
are Saying: