Most Employment Complaints Based on Wrongful Retaliation 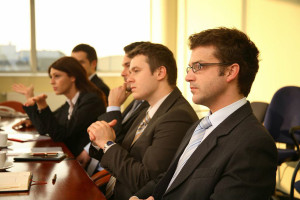 Wrongful retaliation or reprisals formed the bulk of all employment-related complaints lodged with the federal administration in the fiscal year 2012.

According to new data released by the Equal Employment Opportunity Commission, out of the 15,837 complaints that were filed in 2012, as many as 50% or 7, 457 complaints involved allegations of wrongful retaliation or reprisals. In fact, wrongful retaliation constituted the single largest category of employment-related complaints filed with the Equal Employment Opportunity Commission. Following in second-place, was discrimination based on age with approximately 4,950 age bias-related complaints filed with the EEOC in 2012. In third place was discrimination against African-Americans with approximately 4, 042 complaints filed in 2012.

Wrongful retaliation lawsuits claim that employees have been punished by managers, employers, or supervisors, after having opposed any discriminatory or harassing treatment in the workplace. If an employee has filed an official complaint with the employer, or has made a complaint regarding discriminatory behavior or harassment in the workplace, and if the employer then goes ahead and takes any kind negative action against the employee, like demoting, or even firing the employee, the employee may have legal grounds to file a wrongful retaliation lawsuit.

Santa Ana employment lawyers see some good news on the horizon. The number of complaints filed with the EEOC is dropping significantly. In 2012, the federal agency recorded the lowest number of age discrimination and wrongful retaliation complaints on record since 2008.