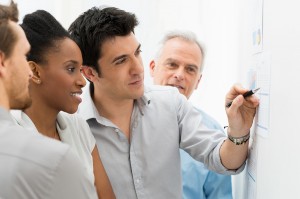 The Equal Employment Opportunity Commission’s attempt to ban “dreadlock discrimination” against African-Americans has failed after a court dismissed the case.

An Alabama judge dismissed the Equal Employment Opportunity Commission’s argument that African-American hair is very strongly linked to African tradition, and therefore, workplace grooming policies that prohibited dreadlocks could be held as discriminatory under the Civil Rights Act.  Attorneys for the Equal Employment Opportunity Commission claimed that dreadlocks were not a hairstyle, but an “immutable characteristic” that was very strongly linked to social cultural and racial significance for African-Americans.  The agency also asked the court to allow experts in history, biology and anthropology, to shed more light on the issue of hair and African ancestry.

However, an Alabama judge was not too impressed with those arguments, and noted that civil rights laws offer protection from discrimination purely on the basis of “immutable characteristics” that included sex, race, national origin and color.  However, the court refused to agree with the Equal Employment Opportunity Commission that dreadlocks are an immutable characteristic.

According to the court, it’s not just African-Americans who wear their hair in dreadlocks.  There are whites who wear dreadlocks too, and therefore, the” immutable characteristic” logic simply does not apply.  Any attempt to characterize a race by cultural characteristics that are not unique to the race, can contribute to confusing results in the future.

The dreadlocks case is linked to a lawsuit that was filed by the federal agency against a company called Catastrophic Management Solutions in Alabama. The company’s workplace grooming practices required all personnel to be dressed and groomed in a professional and businesslike manner as per the company’s standards or guidelines. The guidelines, outlined in the company handbook clearly stated that employees’ hairstyles should reflect a professional image.  Under the company’s policy, excessive hairstyles or unusual hair colors were deemed unacceptable.

A job applicant with dreadlocks was offered a job on the condition that she cut off her dreadlocks.  When she refused to do so, she lost the job offer, leading to the lawsuit.  In the lawsuit, the Equal Employment Opportunity Commission claimed that the company discriminated against African-Americans by having a policy that prohibited employees from wearing their hair in dreadlocks.