EEOC Issues New Guidelines on Muslims in the Workplace 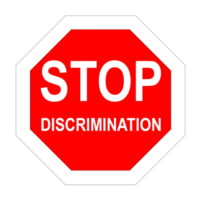 Amidst a rash of anti-Muslim sentiment after the San Bernardino shootings and the Paris attacks, the Equal Employment Opportunity Commission (EEOC) has provided guidance for avoiding workplace discrimination against Muslim and Middle Eastern employees, as well as those who appear to be Muslim or Middle Eastern. While the guidelines do not provide any new protections, they’re a good clarification of the protections afforded to ethnic and religious minorities under federal law, as well as an opportunity for California employers to review the even-greater state-level protections from discrimination.

The EEOC guidelines cover a number of questions that employers may be asking about how to balance business interests against concerns over ensuring that employees’ rights against discrimination are upheld. One question is especially of interest to retail employers, in that it discusses the manner in which employers should approach the wearing of religious garments by employees working in the front of the store. The example describes a scenario where an employer is concerned about hiring as a cashier a woman who wears a hijab, or head covering, out of fears that customers will be made to feel uncomfortable. If that employer declined to hire the woman because of the fact that she wore a religious garment, this would be considered an illegal act of employment discrimination.

Another example provided illustrates the subtle ways that harassment can occur in the workplace. In a scenario where a coworker makes hostile, mocking remarks toward a coworker, calling a man named Mohammed “the local terrorist,” and Mohammed complains, the employer must take action to prevent that harassment from continuing, such as issuing a warning to the harassing employee and reinforcing the company’s anti-discrimination policy to the entire staff.

The guidelines also discuss the extent to which employers should respond to requests from religious employees for special treatment, such as a room in which to pray. In the guideline example, a group of religious employees requests to use a particular conference room to pray. The EEOC advises that, if the employer does not need the room for business purposes during the requested time, and it wouldn’t be an undue hardship on the employer for those employees to all be on break for as long as it took to complete their prayers, then the employer should allow them to use the room in this way in order to comply with the law’s requirement to provide reasonable accommodations. While the employer could deny the request if the conference room is needed for important meetings and no other room is available, the employer should not deny the request on the basis of concern that the other Muslim employees at the company will want the same accommodation. Speculation at other employees’ responses is not an acceptable reason to deny an accommodation. If other employees do come forward seeking the same accommodation, the employer is not automatically required to provide an identical accommodation if that is not possible (i.e., the employees would need an additional room, but none is available, or it would not be possible for even more employees to be on break at the same time).

The federal government provides protection from discrimination in the workplace under Title VII of the Civil Rights Act. Employers are prohibited from discriminating against employees based on their religion, race, ethnicity, country of origin, or color. Under California law, employees who have experienced disparate treatment because of their religious beliefs; who are victims of a policy that has a disparately negative impact on employees due to their religion; or who are subjected to a hostile work environment due to their religious beliefs, can file a complaint with the California Department of Fair Employment and Housing within a year of the discriminatory treatment. California employees may seek lost wages, damages for emotional distress, attorneys’ fees, and even punitive damages against an employer who is found to have discriminated against an employee.

If you are an employer and would like to speak with an attorney to ensure that you are in compliance with anti-discrimination laws, or believe you may have been the victim of religious discrimination in the workplace as an employee, contact the knowledgeable and experienced California employment lawyers at Coast Employment Law for a consultation, at 714-551-9930.