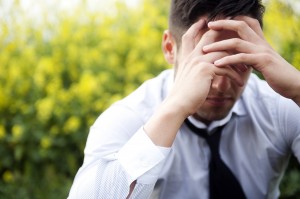 The Equal Employment Opportunity Commission has been taking a dim view of employees, who were either fired from jobs after their employer discovered their HIV-positive status, or not hired at all for this reason. The agency has filed a number of lawsuits against companies, representing plaintiffs who were fired from jobs as chefs, supermarket workers and a number of other occupations after their HIV status was revealed.  The Equal Employment opportunity Commission says that between 1997 and 2008, it has received more than 3,900 complaints of discrimination based on HIV status. Most of these complaints never went to the litigation stage, and were resolved or settled much earlier.

Most of the cases were based on persons either not being hired for a job because of their condition, or being fired after the employer learned of their HIV status. Some categories of HIV-positive workers  continue to suffer from the many misconceptions that continue to exist about the disease. For instance, blacks or Hispanic Americans, as well as homosexual or lesbian employees or transgender people may be at a much higher risk of being discriminated against because they’re HIV-positive.

Employers need to know that a HIV-positive worker is not required to make his condition known to the employer at the time of hiring. If you later find out that an employee is HIV-positive, you cannot take this information and make it public. Employee privacy and confidentiality must be respected.

You cannot simply fire an employee because he is HIV-positive, not even if the other workers in your company are refusing to work with him. Discrimination against HIV-positive employees could be covered under the Americans with Disabilities Act, which specifically prohibits such bias against an employee.

As an employer, you can also establish an employee assistance program, which is a benefits program that helps workers deal with personal problems that have the potential to impact their job performance and health. Being HIV-positive would definitely be included as a condition that could affect a person’s job performance, especially with the stress of maintaining the secrecy about the condition. The program provides free short-term counseling, as well as referral services not just for employees but also family members.