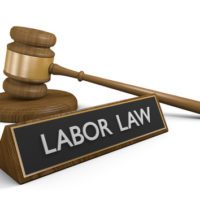 In a recent opinion from the judges of the federal Ninth Circuit Court of Appeals, the court upheld the dismissal of a woman’s claims that her employer had violated the Americans with Disabilities Act (ADA) by failing to restore her to a full-time position when she came back to work after an extended illness.

The case in question, titled Mendoza v. Roman Catholic Archbishop of Los Angeles, centered around a woman, Alice Mendoza, who had worked as the bookkeeper for a small parish church on a full-time basis. Mendoza took ten months off from her position on sick leave. While Mendoza was on leave, the pastor of the church took over her bookkeeping duties and concluded that the job could be done on a part-time basis. Mendoza returned from sick leave and was then offered a part-time position as a bookkeeper. She declined the offer and filed a complaint under the ADA claiming disability discrimination and disparate treatment, arguing that the adverse employment action—a reduction from full- to part-time status—was discriminatory based on her disability (the nature of which was not described by the court). The church filed a motion to dismiss Mendoza’s claims, based on the fact that it had a nondiscriminatory reason for the adverse employment action of not returning Mendoza to full-time work, and that treatment was not disparate based on her disability, since a full-time position no longer existed to which Mendoza could be returned. In order to sustain her claims, Mendoza would have needed to offer some facts to support her argument that it was only pretext when the church claimed the full-time position no longer existed since the job could be done on a part-time basis. The trial court granted the motion to dismiss, finding that Mendoza had failed to offer any evidence or viable argument that this reason was pretextual.

The Court of Appeals agreed and upheld the dismissal. The court noted that plaintiffs in ADA claims must show that “a discriminatory reason more likely than not motivated the defendant” who subjected the plaintiff to an adverse employment action, and found that Mendoza had not met that burden. Since Mendoza could not show that a full-time position was available, either for her or for someone who was not considered disabled, she could not prove that the church was unreasonable in failing to restore her to her previous position after her return from leave.

If you’re an employer or employee in California handling a complex employment action, contact Tustin labor and employment law firm Coast Employment Law for a consultation, at 714-551-9930.