California’s New Fair Pay Act: What You Should Know 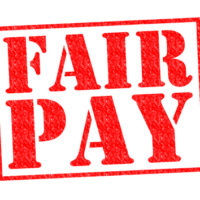 In a legislative session full of changes and additions to California’s ever-changing employment regulations, one major topic of discussion was the California Fair Pay Act, which will enter into law on January 1, 2016. The law, signed by Governor Jerry Brown on October 6, is considered to be one of the toughest equal pay laws in the country, and it will require substantial adjustment by California employers to ensure full compliance. If you are an employer, now is a good time, alongside your labor and employment attorney, to reexamine your job descriptions and pay packages to ensure you’re in compliance with the new law.

Equal pay for “substantially similar work”: California’s existing equal pay law, California Labor Code section 1197.5, called for male and female employees to be paid equally for “equal work on jobs the performance of which requires equal skill, effort, and responsibility.” Critics of the law argued that this allowed a loophole whereby employers could pay female employees less simply by using a different title for those employees. The change in the law will make it easier for female employees to show that, even if their titles are different, where their job tasks and the conditions under which they perform them are substantially similar, they should be paid the same amount as their higher-earning male colleagues.

Exceptions to the rule made more specific: The outgoing equal pay law states that employers can deviate from equal pay for equal work where the pay differential is due to a seniority or merit system, a system that pays based on quantity or quality of production, or some other “bona fide [i.e., genuine, legitimate] factor other than sex.” The new law further specifies what qualifies as a “bona fide factor” by continuing, “such as education, training, or experience.” The new law places the burden on the employer to show that the bona fide factor isn’t based on a sex-based differential, is related to the job in question, and is “consistent with a business necessity.” If the employee can show that there is a comparable alternative option that would allow equal pay and still serve the purposes of the business necessity, then the employer will not be permitted to rely on the bona fide factor to avoid paying the employees equally.

No retaliation against employees who share salary or compensation package information: Previously, employers could prevent their employees from discussing their pay or benefits. California employees will now have the right to disclose their wages and to discuss the wages of others, without fear of retaliation from their employers. If an employer nevertheless does retaliate against an employee for discussing compensation, the employee now has the right to bring a court action against that employer ordering the employer to reinstate the employee, and to sue for any back pay owed as a result of the retaliation.

If you are an employer wishing to ensure you’re in compliance with the many recent changes to California employment law, or an employee with a discrimination or unpaid wages claim, contact the knowledgeable and experienced Orange County labor and employment attorneys at Coast Employment Law for a consultation on your claims, at 714-551-9300.

By Jon McGrath | Posted on December 14, 2015
Skip footer and go back to main navigation