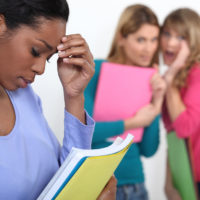 California has just become the first state in the United States to bar employers and school officials from discriminating against people based on their natural hair. After the historic bill passed the California Senate by a unanimous 69 to 0 vote, Governor Gavin Newsom signed it into law on July 3, 2019. The law goes into effect on January 1, 2020.

History of the law

Senate Bill 188, also known as the CROWN Act (Create a Respectful and Open Workplace for Natural Hair), is aimed at remedying a decades-long trend of deeming various natural hairstyles for nonwhite people to be “unprofessional.” According to the bill, “The history of our nation is riddled with laws and societal norms that equated ‘blackness,’ and the associated physical traits, for example, dark skin, kinky and curly hair to a badge of inferiority.” Professionalism, according to the bill, has long been associated with European features and mannerisms, leading to a “racist ideology that Black traits are inferior.”

Advocates for the bill claim that hair has been a proxy for school and workplace policies aimed at discriminating against minorities. Advocates point to instances where black students were given the choice between cutting their dreadlocks and forfeiting athletic competitions, or where black employees were similarly put at risk of being fired. The bill states that “hair remains a rampant source of racial discrimination with serious economic and health consequences, especially for Black individuals.” SB 188 is aimed at remedying this issue.

Changes under the CROWN Act

SB 188 forbids employers or school officials from enforcing dress codes or grooming policies that, while facially neutral, disproportionately target certain groups based on their race. SB 188 amends the definition of “race” in the California Fair Employment and Housing Act to include “traits historically associated with race, including, but not limited to, hair texture and protective hairstyles.” Protective hairstyles include “such hairstyles as braids, locks, and twists.” The new law forbids workplace grooming policies that would prohibit natural hairstyles such as afros, braids, twists, and locks.

Hairstyle discrimination under other state and federal laws

The Equal Employment Opportunity Commission (EEOC) already takes the position that race discrimination includes personal characteristics associated with race including hairstyle, but the position has not always held up in court: In 2016, the Eleventh Circuit Court of Appeals (governing Florida, Alabama, and Georgia) rejected the EEOC’s argument that Title VII protects against discrimination based on hairstyles such as dreadlocks, ruling that hair is not an “immutable characteristic.” If hairstyle discrimination is to be prohibited, it must thus be handled by state and federal lawmakers.

New York and New Jersey have taken the cue from California and proposed similar legislation, but nothing is yet on the books statewide. New York City, however, passed a similar measure in February that protects employees from discrimination based on cornrows, afros, fades and other hairstyles.

Get Help with Employment Legal Issues in Southern California

By Coast Employment Law, APC | Posted on August 31, 2019
What Clients
are Saying: