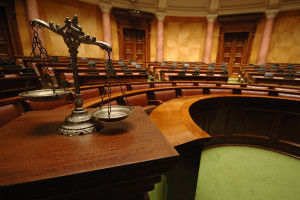 A number of business advocacy groups and Orange County employment attorneys are urging California lawmakers to oppose a bill that would actually allow employees to fight pre- judgment wage liens, on employer’s property.

The bill AB 2416 is being termed by businesses as a “job killer,” because it would actually allow employees to harass employers by filing liens for unproven wage claims on employers’ property, including real as well as personal property. Even property where the work was performed could be included in this. Employees could fine liens on these properties even before judgment in their wage claims is delivered.

There are other aspects of AB 2416 that Orange County employment attorneys are concerned about. For example, the bill allows employees to record liens on property where the work concerned was performed, which means that third parties may become liable for any unpaid wages claims. Employees’ creditors may also be allowed to record a lien on the real or personal property of the employer to collect a part of the compensation that the employee may be owed, before wage claim is decided on.

The bill also states that the lien may be recorded by the employee within 180 days after he stops working for the company. That means a much larger statute of limitations for employees.

Under the bill, if the employee records a lien against real or personal property of the employer, then the employer has no other choice but to actually go through the court system in order to get the lien removed before he’s able to utilize the property fully. That means severe inconvenience and losses to the employer. It also means that there will be no quick solutions or decisions in this matter because of the underfunded court system. The courts are already overstressed and understaffed, and businesses may be forced to waste productivity and business days while they go through the court system, simply to get their property released from the liens.